A nonprofit, contemporary dance organization, Kun-Yang Lin/Dancers (KYL/D) was asked to participate in the 2018/2019 Annenberg dance subscription series based on a past performance ten years prior.

Their impressive performances of both physicality and intellect left a mark on the current executive and artistic director of the Annenberg, Chris Gruits, who invited them to be the only local performance company in the series for their paralleling missions and community outreach efforts to that of the Annenberg. Katie Moore, business director of Kun-Yang Lin/Dancers explains, “KYL/D’s conception of dance is not just for entertainment, it is a whole philosophy, a means of being that relates both inside and outside of the studio.” 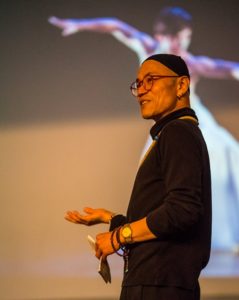 For the spring home season, KYL/D presented four selections from previous signature works and a world premiere called Spring 101 created by Kun-Yang Lin, choreographer, artistic director and founder of Kun-Yang Lin/Dancers and the CHI Movement Arts Center (CHI MAC) at 1316 S. 9th Street near Passyunk Square. Kun-Yang Lin explains the works in detail, “CHI is a connection with the Chi awareness; how our essential breath can lead into the group collective. Moon relates to nature and our relationship with nature.” He explains it as a shift into artwork and abstraction.

He had created this work in 1993 after just moved to the United States and was longing for home; however, the portrayal has no concrete visuals to depict or recount actual events of his past. This is a prime example of the philosophical inspiration captured in Lin’s movement. For him, it starts with the process of discovering our gifts and sharing our gifts to help. This concept was taught to him at a young age from his mother. He knew he loved to dance and loved making things.

At age 12, he started a men’s dance group in the small village of Hsinchu, Taiwan, where he was raised at a time when boys were not allowed to be dancing or were not given the opportunity to dance. He helped them identify their gifts and live their passion of movement and dance. He realized his gift for making dance for his community in Hsinchu and carries that sense of making dance for the community here in Philadelphia. 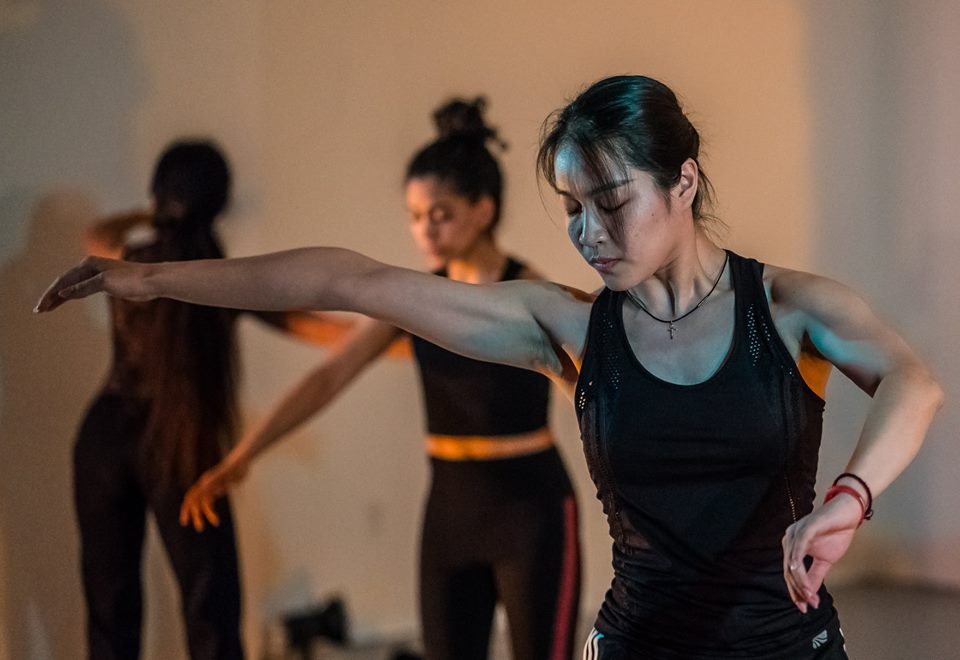 The performance is a collaboration of movement developed by the company dancers guided by Lin through concepts of Chi and Buddhism. “Chi gives you a sense of environment. Chi is your relationship with others. Cultivate the Chi through gifts. Each of us has our own individual gifts.  That has become my long journey in dance — discover your gifts and discover who you are, but that who you are is in constant change,” says Lin.

Artists have a certain ownership of the movement. He will take a concept and allow them to create by working together to build it, tying together the gifts of the individual artist. He will then add multiple layers and intellectual thinking to organize the movement into what will be presented in spaces, such as the Annenberg. 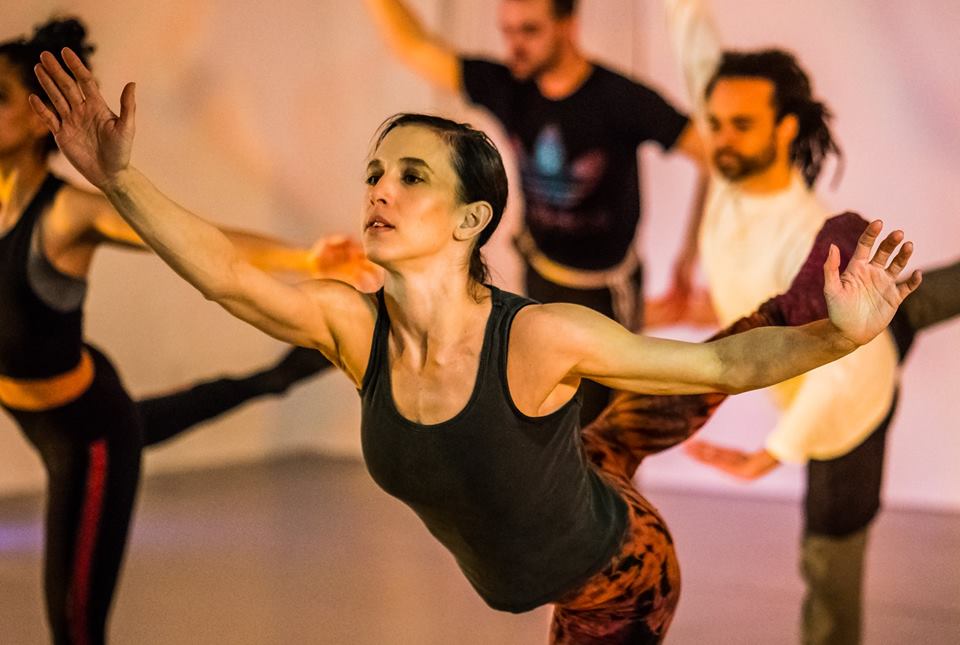 Jessica Warchal-King, the curator for KYL/D’s InHale Performance Series, says “I’ve been learning from Kun-Yang since 2007, first as a grad student at Temple, then as a performing member of the company from 2010-2017.  He challenges us to see and be seen, to be vulnerable at the same time we are strong, and to hold onto our past while embracing the unknown, changing future.”

His artists have certain kinds of strengths along with athleticism, sharp and detailed technique, virtuosity, commitment, discipline and passion but, most importantly, is their creativity — that is the balance for KYL/D’s creative process.  “[The work is an] expression or reflection of my life through abstraction, but with the dancers, you have to plant the seed and allow them to grow. They have to engage with their imagination. They have to be creative.”

There is a sense of individual within the collective, but the dancers work together to move those in the room through dance and breath allowing the audience to feel the energy as a whole and building a deeper connection and impact for the viewer.  The audience is then embodied on the journey with the dancers taking the movement beyond just a reflection of Lin’s history. 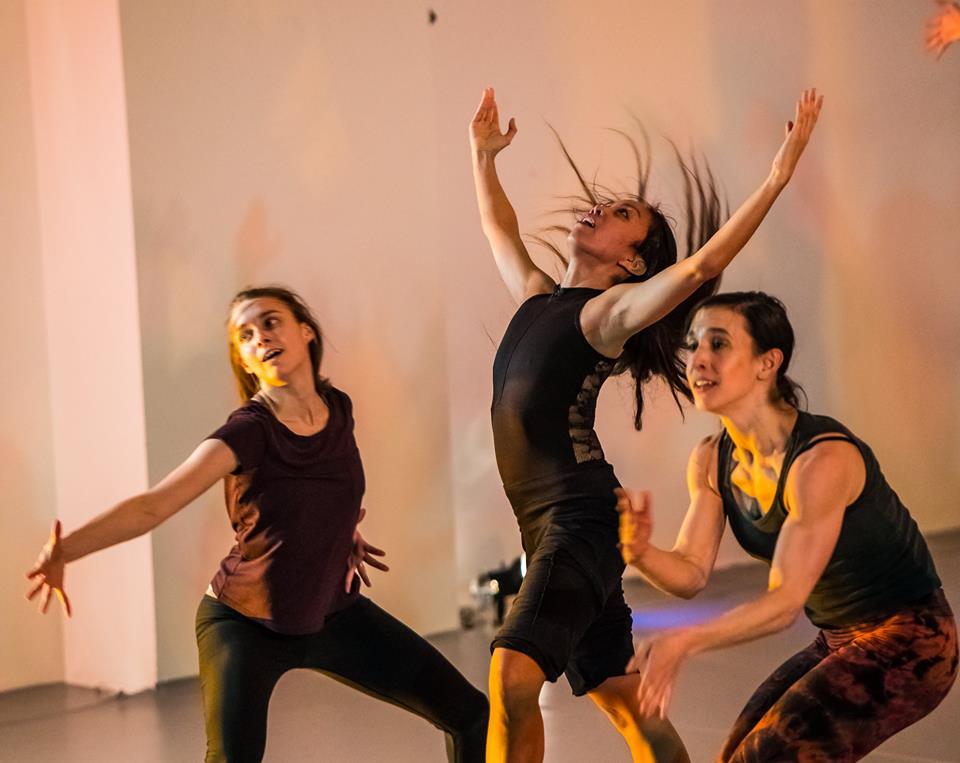 “People often call our work spiritual or that the sense of collective energy is empowering. What does that mean? It means you feel transformation happening,” says Lin. With interesting elements of self-discovery for the performers, the energy of Lin’s dance works has been known for taking the audience into their own self-discovery offering an escape into the movement, which raises awareness with what they are going through personally in their lives while experiencing each performance.

For a deeper experience of the steps that go into Lin’s creative process, KYL/D offers classes, open rehearsals and open studio series at CHI MAC for the audience to experience the whole environment, details of the dance works, and a more in-depth understanding of dance itself.

In an open studio event, he will deconstruct his creative process starting with one dance phrase for the dancers to learn and then layer on tasks of how to manipulate it until it slowly becomes their own while also assembling itself into final choreography for performances. “The working atmosphere at KYL/D is very empowering to me. Specifically, Kun-Yang’s open-minded perspective at the studio has created a safe place for us to work together, which has allowed us to learn how to respectfully listen and react to each other’s voices/thoughts,” says Maggie Zhao, rehearsal director and assistant artistic director. At the end of open studio events, there is a question and answer session along with an open dialogue with Lin, the dancers, lighting and music director about the collaboration.

Written By
Daniela Galdi
Published On
April 23, 2019
Share Through