Cà Phê Roasters, Giving Back and Celebrating the Vietnamese Community

“Our question was, ‘How do we make ourselves different from any third wave coffee shop in Philadelphia?’”

That single question helped inspire Thu Pham and her two business partners to create Cà Phê Roasters, the first and only Vietnamese coffee roaster in Philadelphia. Pham explained the history of the coffee waves in America, “The first wave was Folger’s and Maxwell House, coffee that was mass produced, and [that] you can make at home. The second wave is Starbucks and those big franchises. The third wave is more specialized coffee, for example, in Philly there is Elixr Coffee, La Colombe and more. They’re all great in their own way, but the only difference is what kind of coffee they are sourcing and producing.” 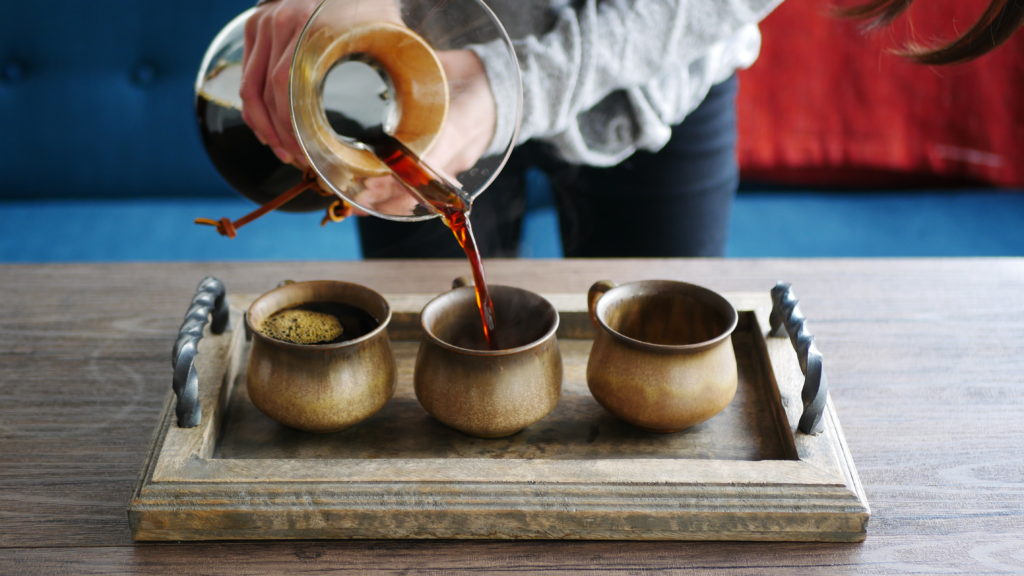 As a Vietnamese American, creating coffee that helped reaffirm Pham’s identity was a significant part of creating Cà Phê Roasters with her business partners. “We asked [each other], what about Vietnamese coffee? Because I’m a Vietnamese American, and my other two partners are Korean. I grew up here in Philly, in Olney specifically, and there’s a huge community of Asian people in Olney and also in South Philly. In Olney, in the ’50s through the ’70s, there were a lot of Germans who populated the Olney/Fifth Street area and then Koreans emigrated to America. There was a huge influx of Korean immigrants that started looking at creating their own businesses, [like] convenience stores. They also populated Fifth Street and the Olney area. Today, they have stayed and there are still a lot of stores owned by Koreans. If you go down further you get to Cheltenham, and there are a lot of Koreans there as well. There’s a lot of Asian heritage and culture in Philadelphia that we wanted to celebrate.”

Proud to support @12plus, an educational non-profit that partners with Philly high schools to increase educational equity by building school cultures that empower students to pursue education beyond the 12th grade. Saturday, May 11th, @12plus is hosting PROM: The Sequel, a charity gala where ALL proceeds raised will go towards supporting their work in the schools! Link in bio to grab your early bird tix before 4/1 to relive/rewrite your high school prom night. 😉 . . . #coffee #specialtycoffee #singleorigincoffee #coffeeroaster #coffeedaily #coffeegram #coffeetime #coffeeaddict #vietnam #vietnamesecoffee #asianamerican #shestheroaster #womenincoffee #womeninbusiness #supportsmallbusiness #philadelphia #philly #kensington #peopledelphia #education #equity #prom

Pham studied psychology and marketing at Drexel University, but it was her discovery of a video from nonprofit organization 12+ that made her pivot to helping young people, a major part of Cà Phê Roasters’ mission. “After I graduated from Drexel, I said I wanted to apply for a master’s [in business administration] because mom and dad came to America for a certain reason and you have to make them proud,” Pham said. “I was in the process of applying for my MBA but I didn’t want to submit. I knew about 12+ through a personal connection and watched a video they released that described the life of a Kensington student that took flight from his trials and tribulations. That resonated with me because growing up as an immigrant daughter and not living in the best conditions, I have experiences that I want to share with these students to inspire and motivate them and show them that they can get through it. My parents raised me to be so giving that I couldn’t escape the value of active service.”

For Pham, giving back to the community means providing jobs and professional experience to its leaders of tomorrow. “We said, let’s definitely focus on Asian coffee, but let’s also think about how we can give back to the community,” Pham said. “We were kind of like, let’s create jobs for our students at the roastery. So eventually, we’re going to hire students to do the daily operations of the business. They’re going to learn how to roast coffee…” 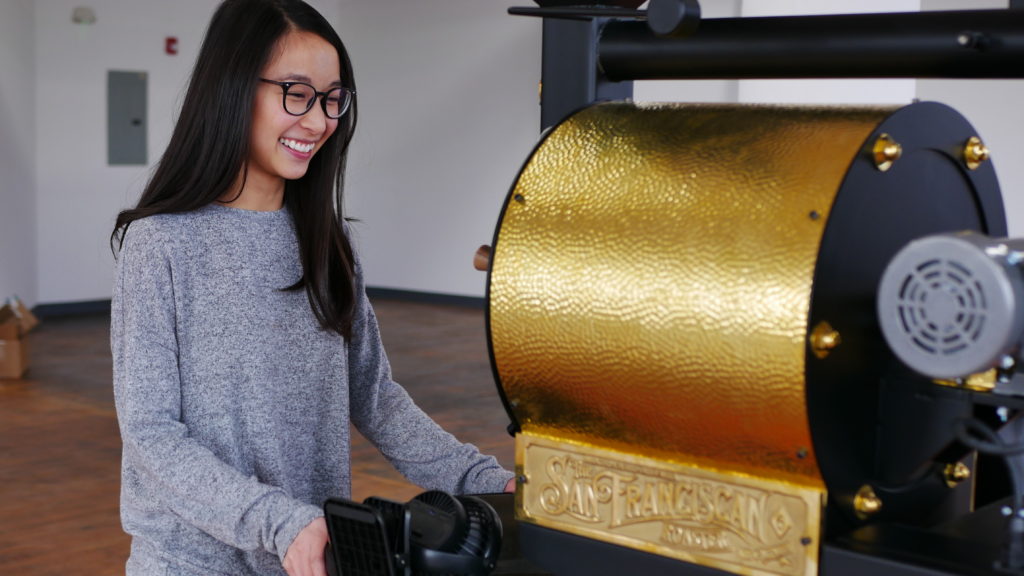 The roastery is based out of MaKen Studios, an intentional decision that was made to place the business directly in the diverse Kensington community, which it represents. “In the Kensington area there’s a good number of Vietnamese immigrants who have, kind of, dedicated their lives to this community. Under the Market-Frankford Line on Kensington Avenue, there’s a bunch of pho places and hair cutters and nail salons. What I’ve also noticed from speaking with my students in the school that are Vietnamese, [is that] they’re moving into the Kensington area because the housing is more affordable, even if it’s not in the best conditions. They’re noting that their family members and friends are moving to the Kensington areas for the same reasons. Kensington has gotten a lot better but I want to be able to give back more and celebrate the Vietnamese community.”

For Pham, giving back to the community means providing jobs and professional experience to its leaders of tomorrow. “We said, let’s definitely focus on Asian coffee, but let’s also think about how we can give back to the community,” Pham said. “We were kind of like, let’s create jobs for our students at the roastery. So eventually, we’re going to hire students to do the daily operations of the business. They’re going to learn how to roast coffee. Right now I’m the head roaster and roast all of the coffee but eventually as we get more wholesale clients and things pick up I’m going to need more support. I would love to teach somebody else to roast coffee because who gets a chance to roast coffee? They can become an apprentice and I can focus on other business-to-business relationships.”

According to Pham, the process in creating Cà Phê’s savory blends is just as important as the product. “The process is really transparent and humanistic in that it takes a lot of attention, and a four to five minute brew that you have to be really present with,” Pham said. “Imagine if you got this at a restaurant. It forces you to be present with the person across from you and [it] is like the middleman for conversation and the bridge of different cultures. If you go to other coffee shops you order and do your own thing, whereas with this, you look at different parts of it and see that it’s different. Eventually we’ll be using Indonesian and Chinese beans and celebrate Asian coffee in general in a way that other roasters in Philadelphia aren’t doing.”

Pham plans to continue building Cà Phê Roaster’s wholesale client line and partnerships so that the business can earn more revenue for employing the students in its partner schools. Having a storefront retail space to sell coffee is a longer term goal, but a plausible one based on the popularity of Cà Phê’s pop-up events.

“Everyone has this appreciation for coffee, whether they drink it or not,” Pham said.

Written By
Michael Butler
Published On
April 15, 2019
Share Through