The Gershman Y, which has been operating out of a building on Broad Street between Lombard and Pine for 95 years, is making a big change. Formerly a signature program of the Gershman Y, the Gershman Philadelphia Jewish Film Festival (GPJFF) is emerging as the Gershman’s Y’s new identity. GPJFF’s Fall Fest 2018, runs November 3 through 18.

GPJFF executive artistic director Olivia Antsis says that the Gershman Y’s 150 years have seen a huge range of programming, from film events to Latkepalooza to a pool, gym, day-camps and preschool. “There are so many ways that people connect to the Gershman Y,” she says, but the downside of this was that many people in the local community, even if they were involved with some facet of the Gershman Y’s offerings, couldn’t articulate what the organization’s mission and goals were.

And when it comes to programming built around Jewish history and culture, the greater Philadelphia area is in great shape — not to mention the fact that Gershman Y patrons are also active in many other cultural institutions, like the Barnes Foundation, the Curtis Institute, the Philadelphia Orchestra, and many more.

Given all of those options, plus lots of Jewish cultural institutions, “we realized that the most unique program and the most valuable program is the Philadelphia Jewish Film Festival,” which also draws the largest audience of any program at the organization, Antsis says of the Gershman Y’s work. “If we have this focused mission, we can do much better than if we had this diluted mission that nobody really understood.” 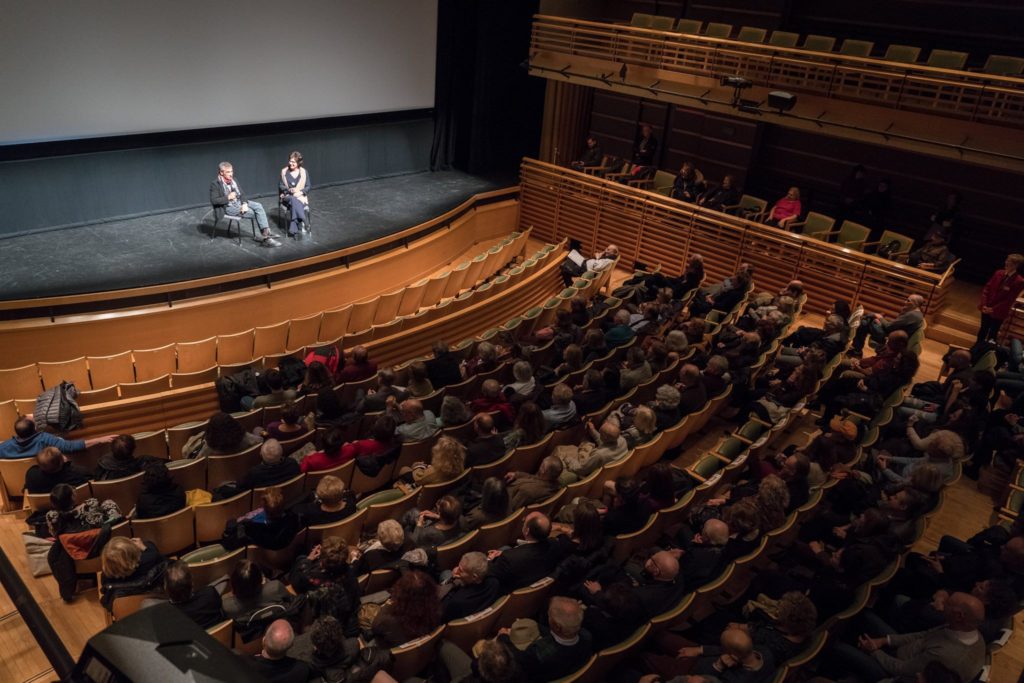 GPJFF is also in the middle of a major physical transition. As of December 2018, its lease for the Broad Street building (from the University of the Arts) is ending, and the organization will be relocating. “Is it the program or the building that people are holding onto?” Antsis asks. “The program needs to be front and center.”

And now going into its 38th year, the film festival is an institution in itself: It’s actually Philly’s oldest film festival, and, as Antsis notes, the second longest-running Jewish film festival in America (coming in just after the San Francisco Jewish Film Festival).

Antsis, who’s been the director of the Gershman Y’s film festival for about 11 years, says the program has evolved a lot in her time. Programming used to lean more toward repertory screenings or themed film weekends interspersed throughout the year, but that has been consolidated into the central fall festival, while keeping two other signature film programs under the GPJFF umbrella: the spring CineMondays series and GPJFF Sneak Peeks, with more programming in the works. Overall, GPJFF has screened more than 500 international films, including many that hit Philly before going into major releases, high-profile festival circuits, and Academy Awards. 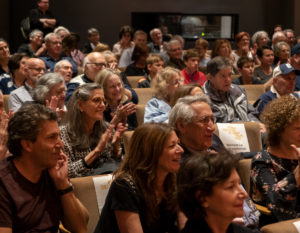 “Philadelphia has definitely become a festival city, especially with film. We have every niche film festival you can think of,” Antsis adds, including programs dedicated to science, women, independent genre films, and other culturally centered fests like Mustard Seed, BlackStar, and the Philadelphia Asian American Film Festival. There’s even the Israeli Film Festival of Philadelphia, which Antsis says sometimes gets confused with GPJFF.

While the former showcases Israeli films, GPJFF features films that explore Jewish life all over the world, in “different countries with different types of connections to Judaism.” (This year’s Fall Fest boasts 39 films from 12 countries.) And it’s an important moment for that exploration.

“Jewish culture is fascinating, and it’s having a resurgence in many countries where it all but disappeared,” Antsis adds. She herself can speak to living within an international diaspora: she was born in what is now Ukraine, emigrated to the U.S. as a baby, grew up in Queens, and then as a teenager relocated with her family to northeast Philly, where a Russian Jewish community thrives. She’s a Temple and University of the Arts alum, and loves GPJFF’s commitment to creating community around Jewish cinema.

“A film festival is definitely the most accessible way to do that,” she says of promoting the international resurgence of Jewish culture. And focusing on film as its primary art form won’t dilute the greater cultural mission: Antsis says it’s very much alive because of all the ways film overlaps with music, food, and education. Programming will continue year-round.

This year’s November festival is packed with must-see picks. 2018’s WHO WILL WRITE OUR HISTORY, the Spotlight Film feature getting its Philly premiere on Wednesday, November 7 at the National Museum of American Jewish History, embodies what Antsis sees as this year’s festival theme.

This documentary film from director Roberta Grossman and executive producer Nancy Spielberg reveals the group of Jewish intellectuals determined to preserve their WWII story from inside the Warsaw ghetto. Historian and activist Emanuel Ringelblum (voiced by Adrien Brody in the film) and journalist Rachel Auerbach (voiced by Joan Allen) led an underground resistance known as Oyneg Shabes. As Antsis puts it, they risked their lives “to document everyday existence,” with secret time capsules including letters, essays, diary entries, and artifacts.

“If any of these people would be found out, they would be killed, and the whole operation would be compromised,” Antsis says of these little-known heroes. The film is all about “honoring these stewards of history [and] making sure that truth is preserved,” no matter what. Grossman will be on hand for a Q&A following the screening.

From documentaries to drama to black comedy to thrillers, the honoring of the truth at all costs runs through many festival selections. See the full schedule of screenings and events.

With its rebrand, the festival is also launching a membership specifically for patrons between the ages of 20 and 40, with its own committee to curate and plan events including screenings, discussions, and networking in a variety of venues. As Antsis explains, within a few decades, these are the folks who will hold the personal narrative from this period of Jewish life, and ensure the long-term survival of cultural institutions like GPJFF.

As for where GPJFF will land after it leaves the Y on Broad Street, Antsis says to stay tuned for the big announcement soon.

Written By
Alaina Johns
Published On
October 23, 2018
Share Through