Philadelphia is a city with a pretty strong place in history, but thanks to the work of artist Eric Schaeffer, it’s also now a part of living history. Schaeffer walks local neighborhoods, snapping architectural details, or the light of a sunny afternoon, or the evidence of nature on a city sidewalk, all in an effort to capture the city in the process of getting older. His work will be on display as part of a pop-up exhibition at Da Vinci Art Alliance in September, but we took some time to talk about how this photo series took shape.

How did you get started as an artist?

I’ve always been interested in art and experimenting with things, ever since I was a kid. When I was in high school I got into photography, and I was actually the photographer for the school newspaper, back in the days of using a camera with film. I was not an art major, although I took a number of art courses. I was actually a Social Studies major. I ended up getting involved in theater, and eventually working in theater. As I got more involved as a designer and production manager, I didn’t have time for photography and put that aside until I retired.

And then as they say, the best camera to use is the one that you have on you. Having my cellphone with me, whenever I saw something that caught my eye, I could just pull out my phone and snap a bunch of pictures. So I’ve been very into impromptu photography. As I walk around Philadelphia and see the way the light is hitting a certain building, I like to try to capture it.

Do you ever use anything you learned from set design to affect the way you stage a photograph?

I think there’s some connection in that as a set designer you’re trying to focus the audience’s attention on the actors and tell the story that the playwright is trying to tell. In some ways I think my photos are trying to create a scene, to tell a story, to evoke some memory or emotion. But unlike theater where it’s a collaborative effort and you work weeks and months to do a show, my photo work is all very spontaneous, based on what I see.

Not to mention the isolation aspect of it. It must be a very different experience.

It was great working with a group of artists on a project you’re all putting work into. But now I get to do whatever I want by myself! That’s kind of fun, too. 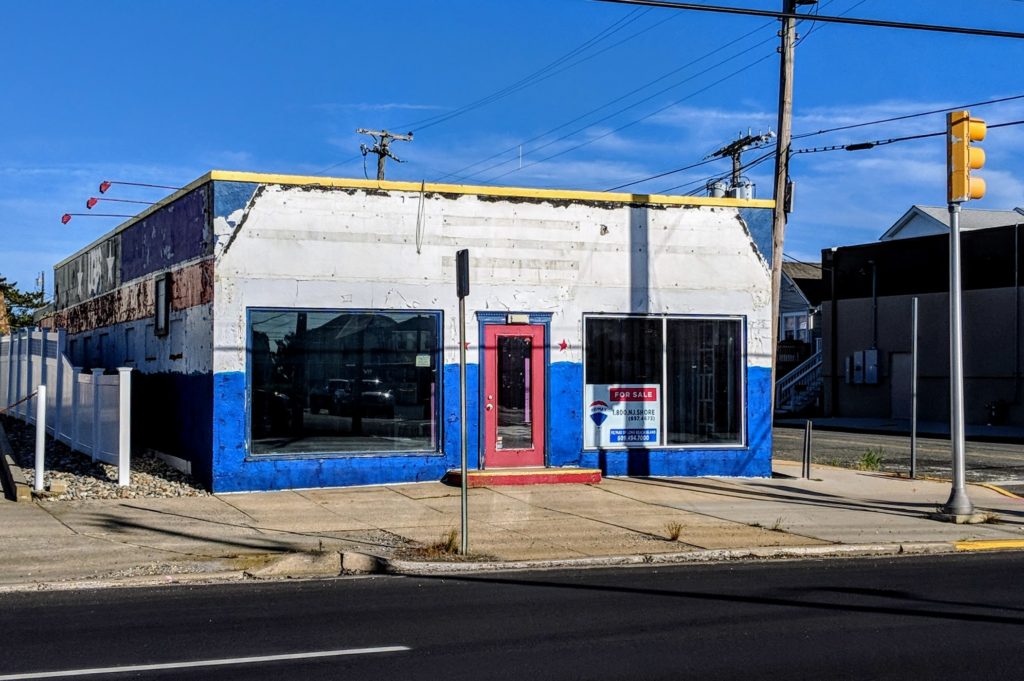 Plus with mobile photography, you’re not as tied down as you would be with a bulky camera.

Yesterday I was at Ikea in South Philadelphia, cutting my way up to Da Vinci Art Alliance to drop off some show cards. And it was late afternoon and I was going down this small side street, and the sunlight hitting this old warehouse was great. I just pulled over, parked my car, got out, and snapped a bunch of photos.

What else influences your photography?

One of my longtime artistic influences are the paintings by Edward Hopper, who was a great American painter of the original school of American Realism. I just love the lighting in his paintings. In some way I try to capture that late afternoon, warm light on the city buildings. I’m not as interested in the glossy new America for my photographs. I like to see some of the age and wear.

Another big influence is Mondrian. I love the rectangular grid work that he did. I think that somehow fits in with cities, which are all about rectangles, but I like to see where the city is aging and becomes more organic.

So the breakdown of the grid is where you find your focus. You can capture the city in the process of aging, whereas other older cities didn’t have that chance.

I like walking around Old City, and one of the things I like about the architecture there, and of Philadelphia in general, is it’s a very human scale. It’s not overpowering like New York is.

It’s also very interesting that I’m looking at something that’s maybe 200 years old. Whereas Rome is like 2,000 years old. In some ways we’re such a young country, but still developing our own history.

Are there areas in Philadelphia other than Old City that you really gravitate towards?

Currently I’m living in Northern Liberties, so I’ve been walking around shooting that area. I enjoy walking around Center City, South Philadelphia. I have a place on the southern end of Long Beach Island, and I do a lot of seascape photos. Those are the two things I’ve been working on: seascapes and cityscapes.

Is there a different approach you take in your seascapes versus your cityscapes?

It’s still improvisation. Although when I’m doing seascapes I’m very interested in the distance along the coast and the skyline. It’s very different than when I’m in the city because I’m just capturing something across the street, and focusing on the details of a doorway. So going back to the human scale of things.

In the seascapes, it’s about the expanse of nature. In the city, nature is still there. I love to see the shadows of the trees on the buildings, bringing the natural world into the city. 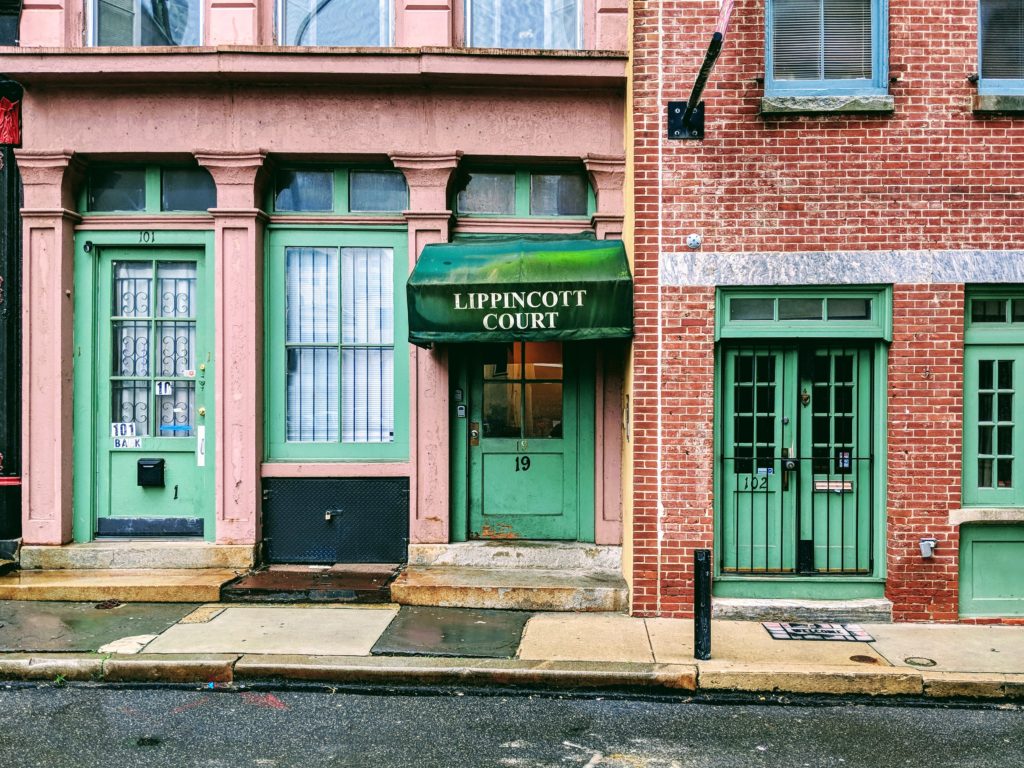 How do you keep finding inspiration in mobile photography, when so many people use it nowadays?

I try to really compose a scene, which seems counterintuitive because it’s also very improvisational. Sometimes if I see something and start walking towards it, in my mind I’m framing how I’m going to shoot the building, and I compose it on my camera screen and try to enhance it. Other times in the daylight it’s hard to see my screen, so it’s point and hope. But the great thing about a cellphone camera as opposed to film is I can do 20 shots and choose the one that’s the best composed. Whereas film I would have gone through a whole roll of film to do that.

Again going back to freedom. Having the freedom to make mistakes and be human. Now you said you also update your website with your mobile photos. How does that work?

I like to make visual things for people to look at and put them out in the world. I’m very active on Google+, and try to do daily posts there. The thing I love about Google+ is it’s so good for visual artists. You convert it to a digital image and post it online, it’s very immediate. I love the fact that I’m connecting with people from all around the world who have a similar interest.

Can you tell me more about your exhibition at Da Vinci?

A quick story about how that came about. Years ago, I was posting my urban pictures on Google+, and this German photographer said, ‘I really like American Realism, like Hopper, Estes, and Eric Schaaffer.’ And I said, wow, to be included in a company like that is too much, but I’ll go with it. And I’ll start my own collection called American Realism, focusing on my urban photography. At the time I was getting involved in Da Vinci Art Alliance, and I said why don’t I do a pop-up show of a lot of my city photos?

I’ve been a member of Da Vinci for a little over two years, and it’s a great place. There’s so many interesting people there and all manner of artists. It’s a wonderful, welcoming, encouraging environment. 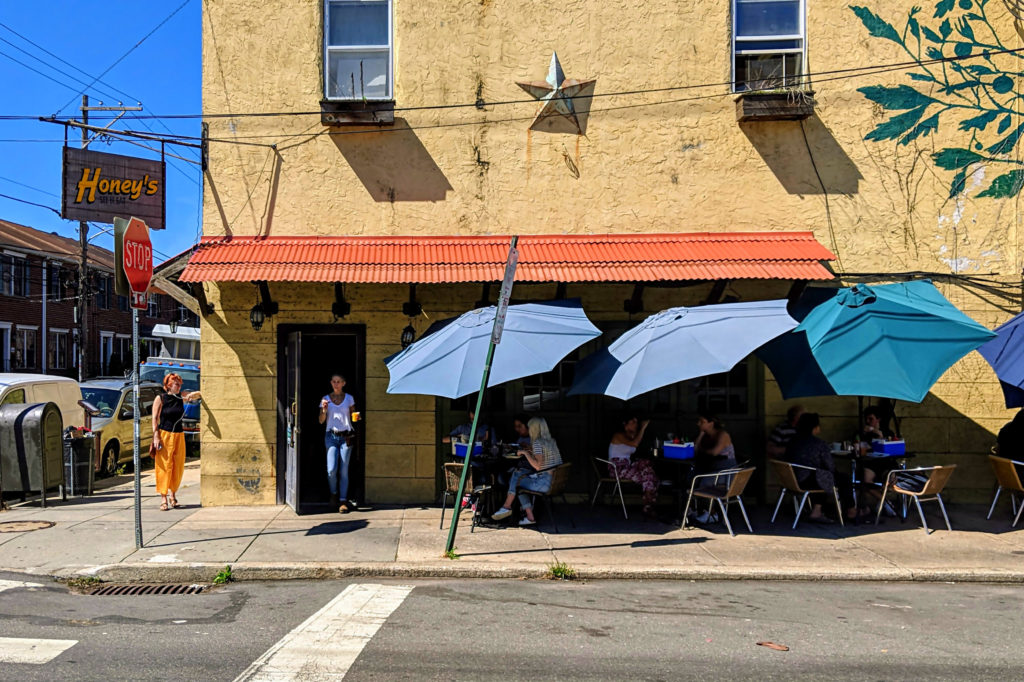 September’s a good time for it, too, because people can potentially see these scenes and be inspired to walk there and photograph themselves.

I hope so, I think that’s the great thing when I visit a museum. It heightens my sense of awareness when I walk outside and see how beautiful things are. So I hope that happens to people that visit my exhibit, that they say, oh wow, Philly is nice!

A pop-up exhibition with the work of Eric Schaeffer, American Realism, will be on display at Da Vinci Art Alliance from September 28-30, while more of his work can be found as part of a group exhibition at Philadelphia Photo Arts Center through September 29.

Written By
Erica J. Minutella
Published On
September 21, 2018
Share Through