The Story Behind the Making of Ox Coffee Shop

When Ox Coffee first opened its doors in October of 2013, its earliest patrons wouldn’t have been privy to the whirlwind of factors that brought the business to Philadelphia’s Queen Village neighborhood. Just a year earlier, Will Gross and Max Cudworth, the shop’s owners, were living in New York City, where they initially met working at a specialty coffee shop.

Both Max and Will had independently entertained dreams of opening coffee businesses of their own, but it wasn’t something they’d ever discussed as a serious or collaborative project. Things changed when Hurricane Sandy blew through NYC in the Fall of 2012. Stumptown Coffee Roasters, Gross’s employer at the time, had to temporarily cease operations after taking significant flood damage. As a result, he was faced with a decision: tread water until Stumptown got back on its feet, or take a chance on starting a place of his own. For Gross, “the storm was like the sign to get your act together. You wanna do a shop, you gotta do it now.” 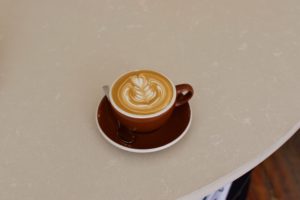 Cudworth, who had been balancing working at coffee shops with being a gigging jazz musician, wasn’t at Stumptown when the storm hit, but was ready for a change nonetheless. He had originally envisioned doing something like a coffee cart, and probably staying in New York, but after bumping into Gross at a bar shortly after the storm hit, the idea of teaming up made too much sense not to pursue.

The new partnership came as somewhat of a surprise to Gross, who envisioned Cudworth focussing on music. “He was always an incredible jazz musician, an amazing saxophone player — so I was taken aback by the idea that he was a business person. But he sent me some information and I recognized how serious he was. Then it became very real.” 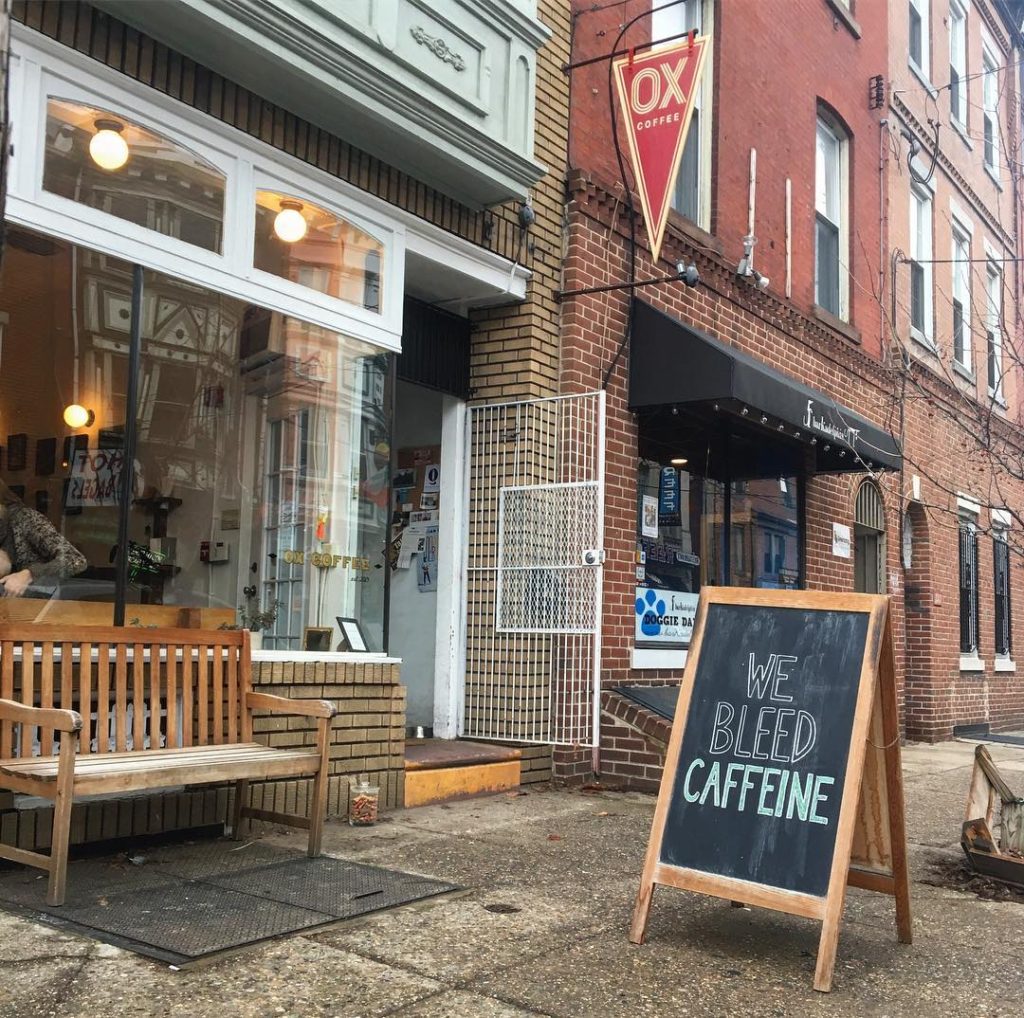 Philadelphia was always an the radar for Gross, whose family is from the area despite not personally growing up here, and has roots in the city — his great-grandfather owned a jewelry business on 8th and Walnut. Cudworth quickly saw the appeal of Philly and acknowledges that, from a financial perspective alone, “if we were to have tried this in New York, it would have been impossible.”

Within the next few months, during the Winter of 2013, the two regularly took trips from New York to Philadelphia to look for locations that would fit their vision of a coffee shop. By April, they had signed a lease on their current location at 616 S. 3rd Street. After several months of hard work, much of which was done by themselves or with the help of handy friends, Ox Coffee was open for business that October, within a year of Hurricane Sandy tearing across the Northeast.

The shop’s formula for success hasn’t changed too much since opening. Outside of the excellent coffee, its centerpiece is a record player and vinyl collection that Cudworth says includes, “a lot of jazz and folk, but a little bit of everything,” adding, “Sabbath is probably as far as we go.” The records, which are curated collectively by Ox’s small staff, not only reflect and express the shops overall personality, but also serve to remind patrons that they aren’t in a study hall. The absence of wifi, while sure to deter some, is also part of an effort to “remove the library aspect,” according to Gross. 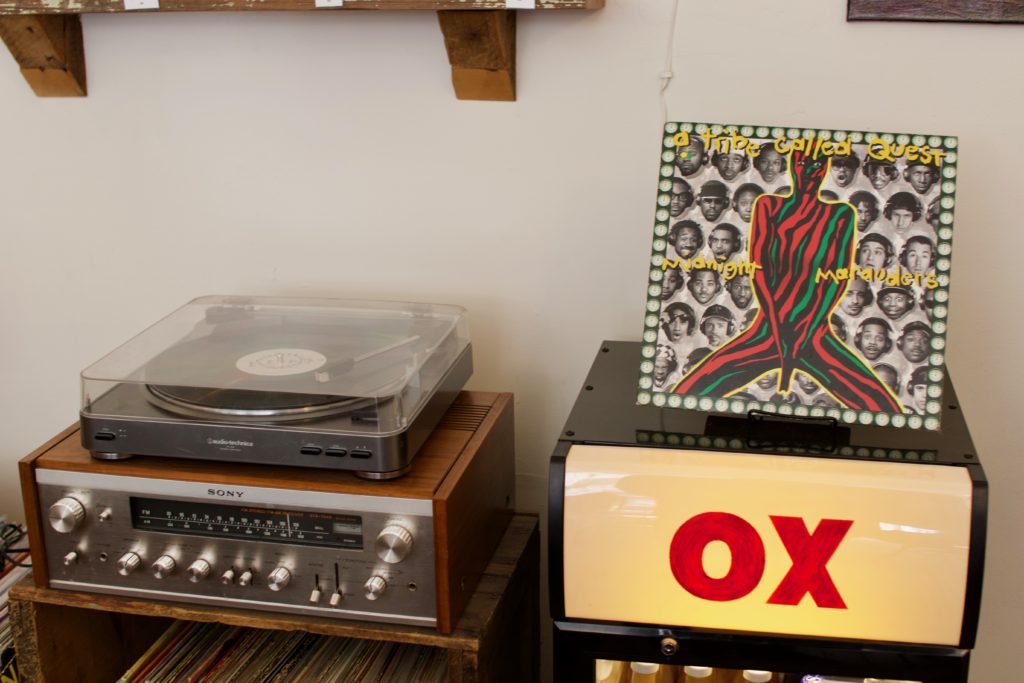 While their website encourages customers to donate a record in exchange for a free coffee, Gross divulges that they decided on that policy years ago, and that they tend to receive whole collections instead of individual albums — “a lot of dusty Rod Stewart records,” according to Cudworth. You can’t blame them, then, for reserving the record selection rights to whoever is on barista duty on a given day.

Behind the scenes, the past year has framed some big changes for Ox — most notably the opening of their own roastery located in Kensington. The shop’s modest size previously made roasting their own coffee only possible in tiny, one pound batches. Now, all the coffee served at Ox is roasted here in Philadelphia.

“Fairly recently we’ve expanded the coffee menu and even started doing some wholesaling,” according Cudworth, who spearheads the company’s distribution to vendors around Philadelphia. Ox coffee is currently sold in West Philly’s Mariposa Food Coop, Tela’s Market in Fairmount, Riverwards Market in Fishtown, Jharoka Café in the Navy Yard, as well as a few other markets and cafes on a continuously growing list.

Written By
Liam Hart
Published On
February 20, 2018
Share Through