Resistance is a hot topic in our current political climate, Philadelphia Printworks has been deep in the social justice, activism and DIY culture space for the past eight years. For Printworks founder Maryam Pugh, everyone has a duty to be an active participant in their respective city, to her that’s the responsibility that comes with “freedom.” Philadelphia Printworks, a silkscreen company, is just an extension of that ideology.

One of the goals of Printworks is to be engaged in the democratic progress and bring awareness to different issues that Pugh, a resident of Ardmore, thinks are more of a concern to a wider audience. Designs by independent artists who might resonate well with the company’s community are sold. For the artists, they’re able to reach a wider audience, Pugh said.

“It’s definitely flexible and agile, the purpose of it is to fill in the cracks and necessity of the communities and fight against oppression and identify intersectional oppression,” she said. 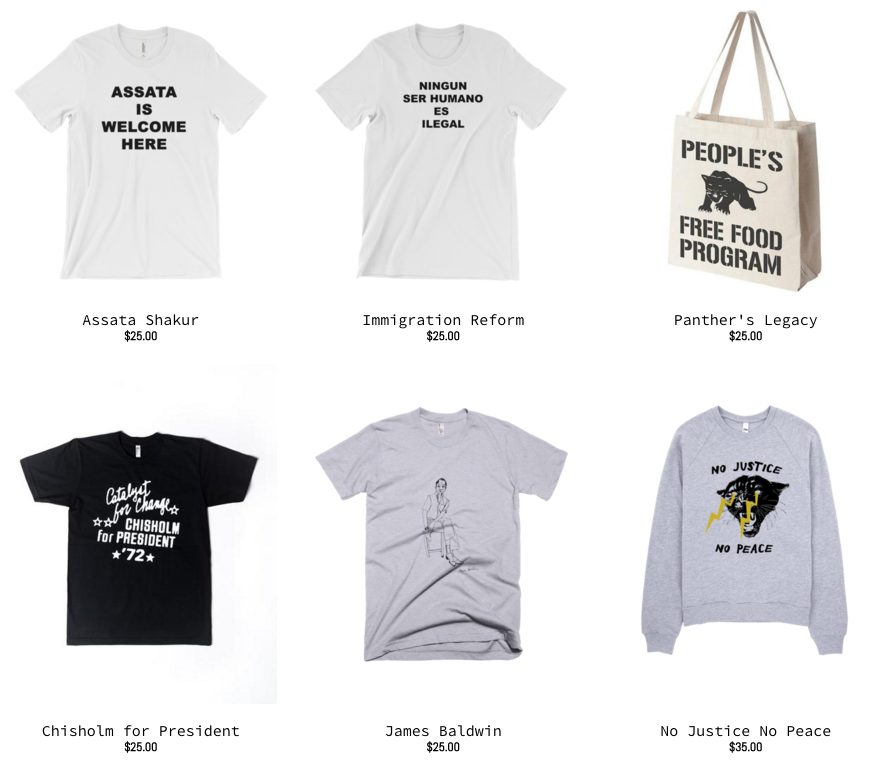 Originally from Coatesville, Pennsylvania, Pugh founded Philadelphia Printworks in 2010 along with her business partner at the time, Ruth Paloma Rivera-Perez, who was still attending Rutgers University. Perez departed in 2012 and since then Pugh has continued to build the business on her own, making it her primary job and now has a team of six assisting her.

There have been some challenges, Pugh added, which included simply learning how to start and run a business in the first place.

“I think what’s probably worth mentioning, is to surround yourself with good people. It’s really difficult to find people who are very much into what you’re doing,” Pugh said. “I think it’s really important to empower people and to put people in the right positions, so just always trying to find that perfect match. Personally, that’s something that I’ve had to learn.”

In terms of finding the right people, it was a trial and error for Pugh at first. Reflecting on the earlier stages of the company when she realized that she needed interns but was not sure what it was that they would be doing.

Printworks has a blog called The Zine, the dialogue branch of the company where conversations are centered around different topics taking place around the world. Things that are important to marginalized voices, Pugh added.

“Initially, when we first started in 2010 all the designs were done in house, we were very DIY in that way, but over the past eight years we’ve been able to evolve that into different variations,” Pugh said. “Sometimes, we collaborate with different organizations and with other artists. We’ve been able to attract a lot of talent to Philadelphia Printworks, just because a lot of people identify with our mission.” 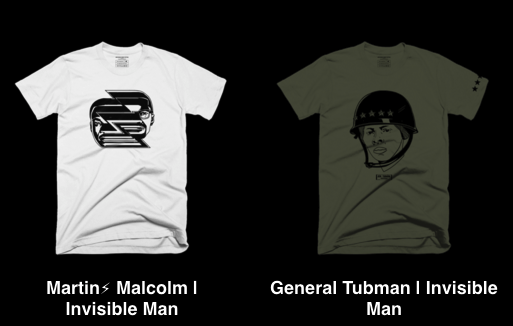 Most recently Printworks collaborated with Doreen Garner and Invisible Man Tattoo, a pop-up tattoo parlor which features designs that reflect the histories and experiences of Black people and the African diaspora. The designs aim to commemorate the bravery and resilience of Black heroes and revolutionary icons, from enslaved Africans who led slave ship revolts aboard the Brig Creole, the Hermosa, the Comet and the Enterprise to The Black Panthers, abolitionist leaders and Black Americans who were subjected to racial oppression. Inspired by Garner’s work, special t-shirt designs, one design features Martin Luther King Jr. and Malcolm X, while another focuses on Harriet Tubman. Two prints featuring a tattoo flash sheet, and an afro pick were also created and available for purchase.

For the designs of the works, Pugh added, there’s always inspiration from the world around you.

“There is so much going on in the world right now, there’s like endless content that we can choose from,” Pugh said. “It’s definitely a relationship with our community and I think we see people within Philadelphia Printworks, who’ve been following us since the beginning and the things that they’re most interested in.”

Written By
Peak Johnson
Published On
February 13, 2018
Share Through